Get ready for Seafair fly-overs next week

The Blue Angels are coming to town next week for Seafair and there’s a special military show next Wednesday over Elliott Bay. 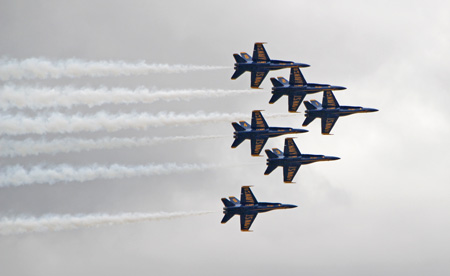 The Blue Angels as seen from Queen Anne in 2010

The military aircraft fly-over on Wednesday includes EA Prowlers, P3 Orion’s, and Harrier jets – all known to be loud and flying low.