Local Queen Anne shop charley+may was robbed this morning, December 18, at 3:49am. The thief got away with $7500 worth of merchandise and left a broken window in his wake – shopkeeper Lauren Formicola saw the suspect in her shop just as SPD arrived, and the suspect fled.

However, the K-9 unit was called in and saved the day! The dog found the suspect in an alley, with the Charley+May merchandise.

“This Christmas was almost ruined for charley + may but the Seattle PD saved the day with the K9 unit.  Mark Wong and his dog, Ziva, had worked a full shift but they came over anyway in the middle of the  night.
Officer Seelig was key to directing the apprehension of the suspect. He called in K9 unit and back up.  He was trying to save my shop.  He saved christmas for charley + may co.”

A happy ending, save for the broken window, for charley + may, thanks to the prompt response of SPD and the K-9 skills of Ziva! She even has her own “trading card”: 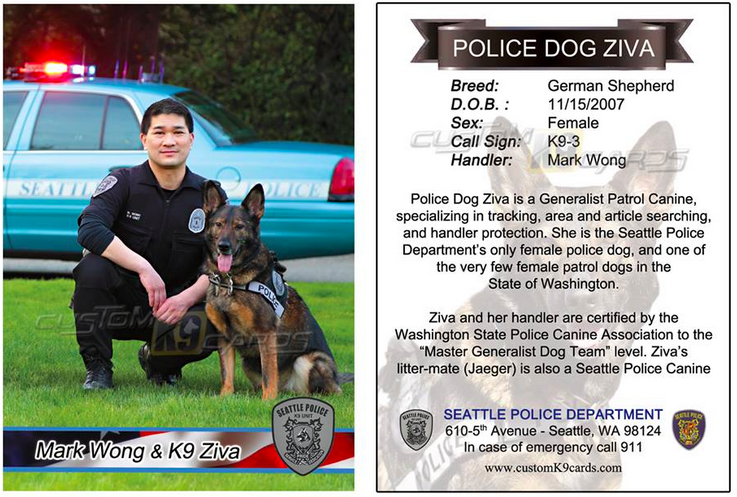 You can check out more on Ziva, the only female SPD K-9, in the video that follows Ziva and handler Officer Wong (click the photo for the video): 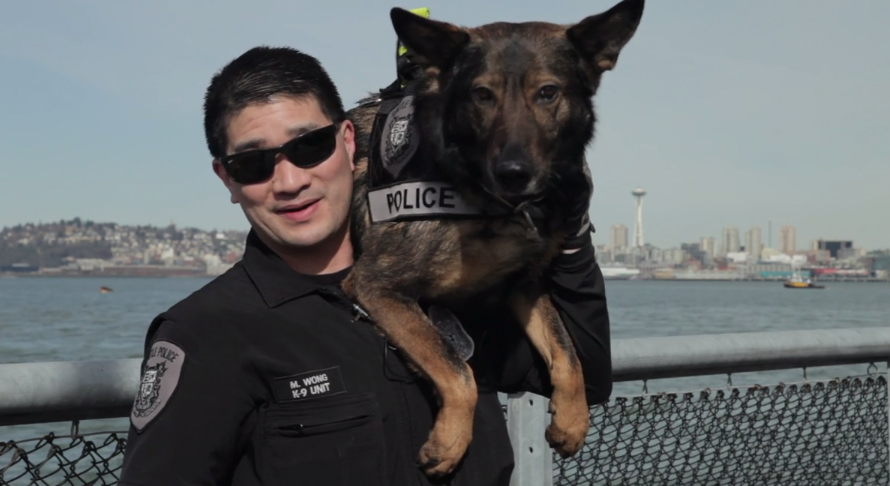