Next Neighborhood Safety Alliance is at SPU this Thursday

The Neighborhood Safety Alliance met earlier this month in Magnolia, with a standing room only crowd. Representatives from Magnolia, Queen Anne, Ballard, and North Seattle were on the agenda, joined by City Council members Sally Bagshaw and Mike O’Brien, and representatives from the Mayor’s office, SPD, Human Services, and the City Attorney. The main topic of discussion – RVs illegally parked on city streets – resulted in the Mayor’s plan to establish legal RV parking sites.

Residents also voiced concerns over SPD response times to 911 calls and the lack of response to cleaning up waste and debris from RVs. Attendees also requested more SPD patrols in the neighborhoods, including Queen Anne. 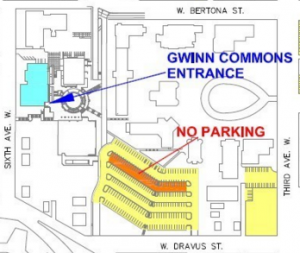 This Thursday, January 28th, the group is hosting another meeting, this time on Queen Anne at Seattle Pacific University’s Gwinn Commons at 6:30pm. An agenda isn’t available for the meeting, but the group’s website states the following:

“We would welcome ALL areas of the city to attend, especially those neighborhoods that feel the effects of RV’s in their neighborhoods.”