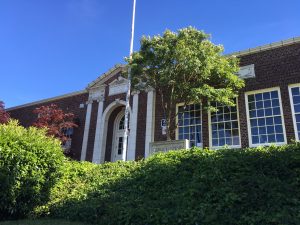 The building originally opened in 1905 (and still has the original John Hay name on it) and was recently modernized for reopening as Queen Anne Elementary in 2011. As with many elementary schools in the area, Queen Anne Elementary is suffering from overcrowding. The $16.4 million in funding allows it to grow via an addition with 8 new classrooms (200 seats) and a new gymnasium.

The latest scope documents show that the scope of work will include, but is not limited to, the aforementioned classrooms and gym as well as, technology infrastructure, redevelopment of the site (bus, parking and drop off), covered walkways, an outdoor covered area, street frontage improvements, and the demolition of existing portable units.

Design work for the new addition and gym began in February of this year. Seattle Public Schools expects the construction to start in June 2018, with a planned 2019 opening.

If you would like to learn more, ask questions, or provide input on the project, attend a community meeting at the school (411 Boston St) this Monday, June 6th, from 6:30pm to 8pm. At the meeting, you can learn more about the project scope, schedule, and design.