Republishing as the original post, along with 9 other posts, was deleted during the server migration – note the deadline to apply is this Friday, April 21st.

Seattle Public Schools (SPS) is looking for volunteers for the School Departures Advisory Committee for Queen Anne Elementary. What exactly does “departures” mean? As Queen Anne Elementary faces a redesign (see image below for latest plan), SPS seeks a “departure process” from the Seattle Land Use Code Section. 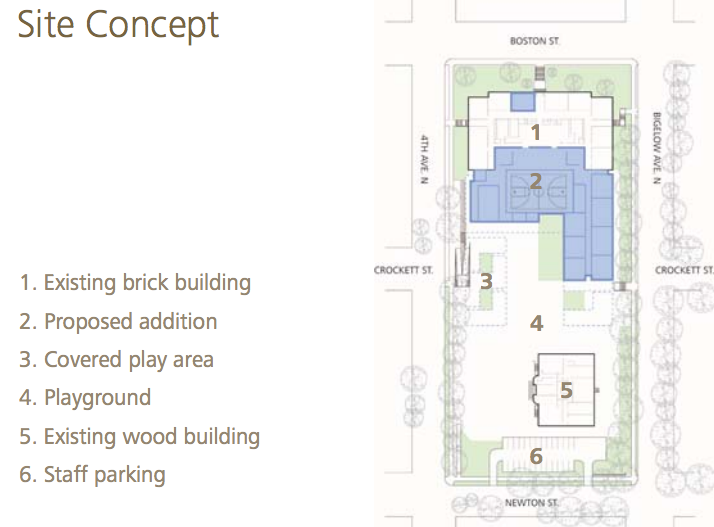 The departure process allows for the construction, addition, and/or renovation of schools that do not necessarily meet all of the land use and zoning standards of the surrounding neighborhood.

Queen Anne Elementary School is requesting such departures from Code for the following:

The committee will hold one to three public meetings at Queen Anne Elementary during a 90-day period beginning when the committee is appointed. Per SPS:

“At the meetings, the committee will receive briefings from the Seattle School District, and gather and evaluate public comment on the departure requests. Following these meetings, the committee will forward a recommendation to the Seattle Department of Construction & Inspections (SDCI) to either grant or deny the requested modifications. The committee may also recommend relevant conditions to be applied to granting these changes to minimize its impacts on the surrounding neighborhood. SDCI will make the final decision.”

Other committee members will include a representative from the School District and City of Seattle.

To apply, please send a letter of interest by email or snail mail to: