Temporary restaurants popping up at Grub on Mondays 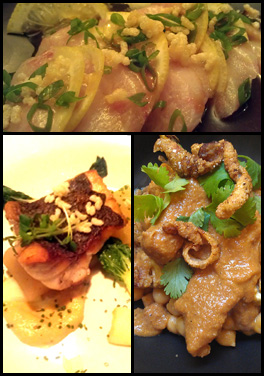 In the food business, pop-ups are temporary restaurants that happen when a guest chef gets to showcase his or her talents by taking over someone else’s spot for a night, and Queen Anne has joined in on the fun.

Feral Feasts has been hosting a pop up restaurant at Grub (7 Boston St.) every third Monday of the month, and on Monday, March 18th, Feral Feasts will once again take over Grub and present diners with the opportunity to try “Spanish flavors made with local, seasonal ingredients.”

Dishes such as white gazpacho made with almond, grape, cucumber, apple, olive oil, and sorrel will be on the menu, along with Sherry Braised Chicken with tomato, chickpeas, roasted cauliflower and crispy chicken cracklins’, not to mention Paella, and Pork Belly Confit. Definitely check out the Feral Feasts website for more details on the food and event, including the entire menu. Reservations will be accepted via email at feralseattle@gmail.com, or you can buy advance tickets via the website. 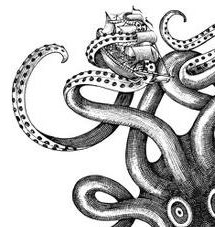 But your pop-up opportunities at Grub don’t stop there. No joke, on Monday, April 1st another restaurant will take over Grub, this time brining the congee restaurant Kraken to Upper Queen Anne. For those who aren’t sure, congee is a savory rice porridge served in many Asian countries. I’m told it’s considered a comfort food for many people, perhaps like Macaroni and Cheese is for many Americans. And like Mac and Cheese, it too can be elevated to something special. As an example, one of the congees on offer include Squid Ink Congee with Pork Stuffed Squid Tubes, Ginger, Thai Chilies, Fried Shallots, Roasted Peanut, and Cilantro – sounds kind of exciting for rice porridge doesn’t it?

There will also be starters such as Chinese Doughnuts with XO Sauce, as well as Bean Sprout Fritters with Roasted Garlic, and Shrimp Sauces. Once again more details and the whole menu can be found online at Kraken Congee’s Facebook page. Kraken is not taking reservations so if you want to get some congee without having to leave Queen Anne, prepare in advance and maybe get there a little early.

And that’s the not the end of Monday Pop-Ups at Grub. Owner Sharon Fillingim says her goal “is to feature as many talented chefs at Grub [as possible] and have our community get a taste of their work.” So watch Grub’s Facebook page to find out what’s coming next.