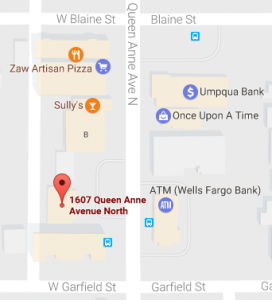 According to the Seattle Times, a local Queen Anne teenager has been charged with attempted first-degree robbery and first-degree assault for the January 2nd robbery of the Upper Queen Anne 7-Eleven at 1607 Queen Anne Ave N.

Here’s a quick synopsis from the Seattle Times:

“Just after 1:30 a.m. on Jan. 2, a masked male walked into the 7-Eleven store at 1607 Queen Anne Ave. N., pulled a gun and demanded that the clerk fill a backpack with money. The clerk didn’t believe the gun was real and threw a plastic milk crate at the would-be robber, hitting him in the right hip. As the clerk reached for another crate, the male fired a single shot, narrowly missing the clerk’s head. The gunman grabbed his backpack and fled without getting any cash.”

The next night/early morning, a local Queen Anne resident reported a burglary after finding a gun missing from the family’s safe. Only one of several guns was missing and with no signs of forced entry, SPD linked the two incidents, resulting in the arrest of 17 year-old Henry Hicks.

You can read the full story in the Seattle Times here.