Public meeting on Queen Anne Elementary renovation is this Monday

First up, here’s the plan for the remodeled school: 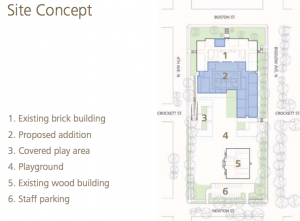 The 100+ page document is available online – here are its key findings:

If you can’t make the meeting and would like to submit written comments, you can do so via email through 5pm on  June 16th. You can also snail mail comments to: