Seattle Public Schools owns two property parcels at the Seattle Center, and SPS has now signed a letter with the City of Seattle for a new Memorial Stadium and a new high school. Here’s the intro paragraph to the 6-page letter:

“We the undersigned representatives of Seattle Public Schools (SPS) and he City of Seattle (the City), agree to jointly develop and agreement to collaborate on the design of SPS properties for a new Memorial Stadium and high school that meets the stated needs of SPS and of the adjacent Seattle Center property. The design should be spectacular and integrated with the Seattle Center Campus. Additionally, we will collaborate to explore nearby alternative sites for the future SPS high school.”

Note that while both parties agree to a new high school, there is no guarantee that it will be on Seattle Center grounds, it could be at a “nearby alternative site” – but that would likely still keep it in the neighborhood. And, a new high school will address the looming issues with a lack of a local public high school. Queen Anne high school students currently attend Ballard High School. 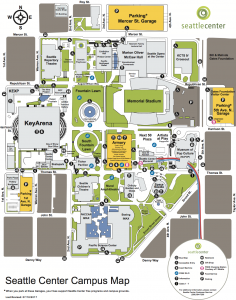 You can read the full SPS letter online.